Crystal blue waters, fine sand in all shades of white, beige and pink and white pebbles, crowded or deserted, Chania beaches rank among the most impressive of all Greece. It is no coincidence that at times, lists of the best beaches in the world… 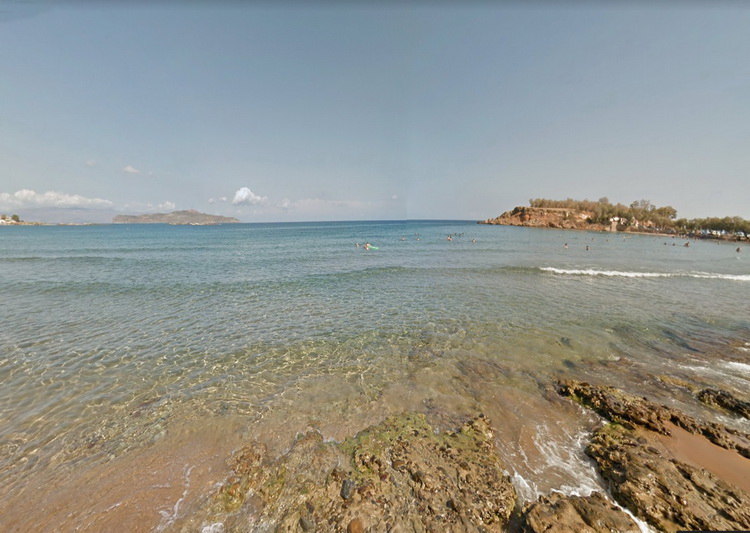 The sandy beach Kalamaki is located only 800m away from our hotel and has an extent of about 600m. It has been awarded the Blue Flag and constitutes one of the most wonderful and vivid beaches of the Municipality of Chania. The shallow water of the beach is making it ideal for families with young children. It is well organized, providing visitors the capability of food and drink as well as swimming facilities (umbrellas, sunbeds, water sports etc.). At the west edge of the beach there is a small bay, which is separated from the central beach with a narrow sand stripe. 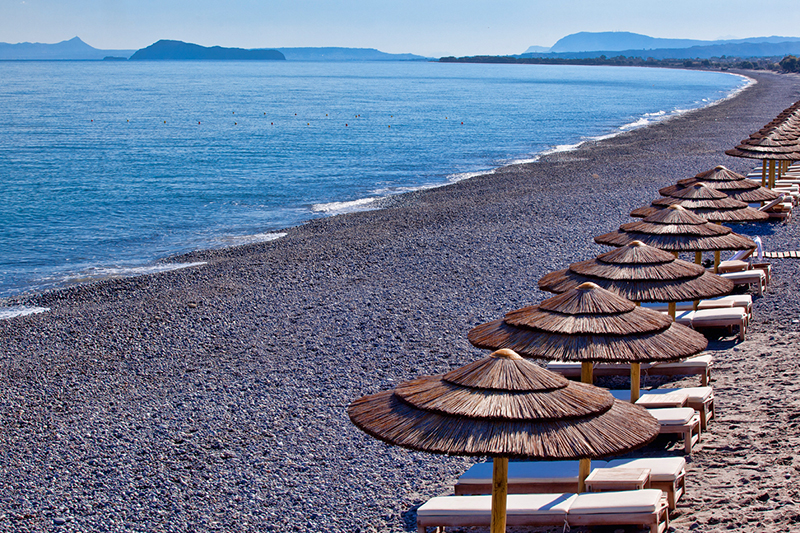 One of the most popular and social beaches of Crete is located only 6 km away from our hotel. The beach of Agia Marina in the Municipal Unit of Nea Kydonia features very fine sand and an extent of more than 2 km. It is one of the most well organized beaches of the Municipality of Chania as well as of the whole prefecture, providing lifeguard services and organized tourist facilities, comfort for swimmers and various water sports (windsurfing, water ski etc.). The beach of Agia Marina is also ideal for families with children, since its shallow, warm water is considered to be absolutely safe.

In front of the beach of Agia Marina is located the island Agii Theodori or Thodorou, which hosts the protected wild goats of Crete, known as Kri-Kri. 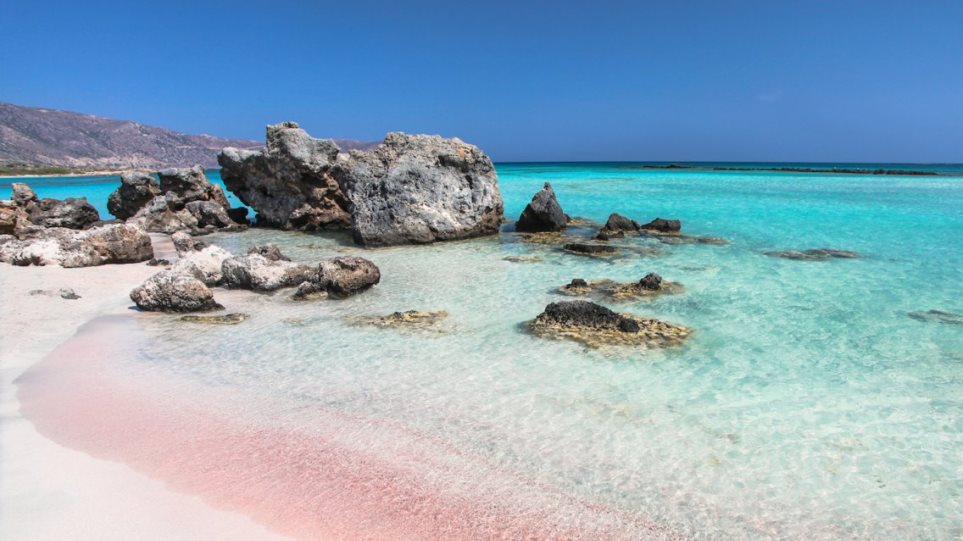 A true wonder of nature and widely recognized as one of the most beautiful beaches in Greece as well as Europe, Elafonissi is one of the top destinations for Chania visitors. Its crystal-clear turquoise water and red and white sand never cease to awe visitors. The area is a peninsula which splits in the center giving the impression of being an island. It is fascinating for children because of its shallow waters but certain areas are also ideal for swimming and snorkeling. It is also surrounded by many exotic species of trees and flowers and the area is designated “Natura” which signifies its special protection status. 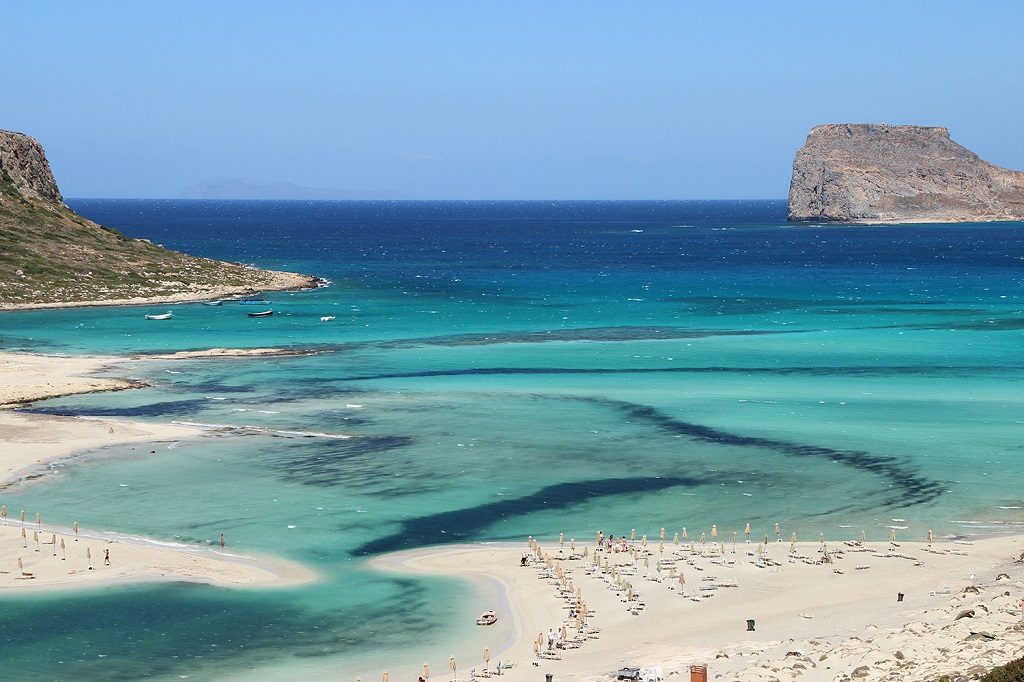 Known as “The Most Photographed Beach in Crete”, Balos is located on a small peninsula on the western side of the island. The beach is accessible by boat and automobile. Although the first is a slightly easier way of reaching the beach, going by car and then foot allows the visitor to witness the landscape from high above and see Balos in all of its charming picturesque. The white sands and azure waters are stunning and the area is a refuge for sea turtles and certain rare seal species. Its crystal-clear shallow waters make it a great beach for romantic walks and its deeper areas are ideal for snorkeling. 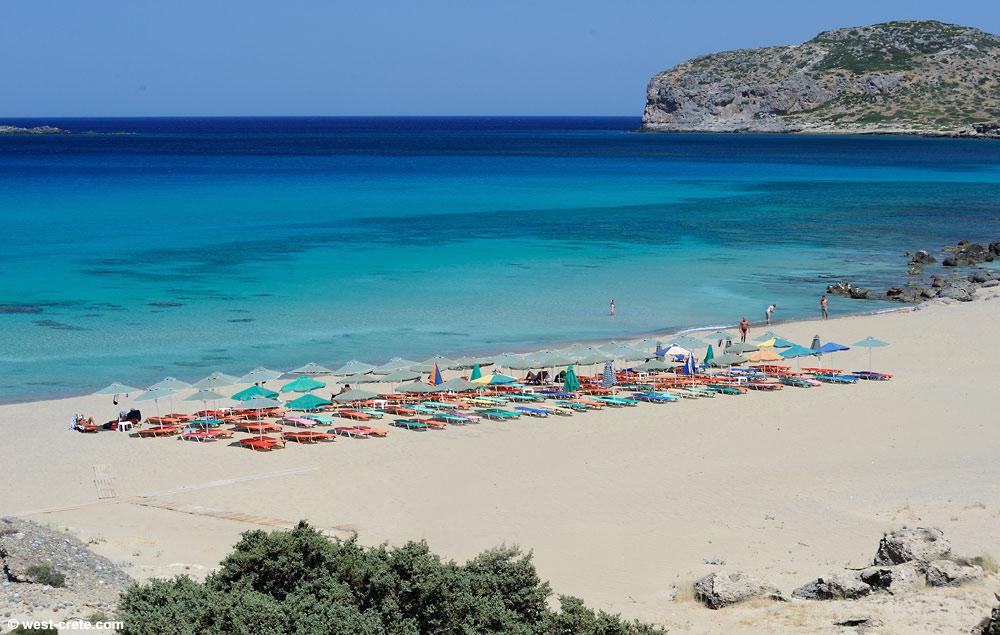 This particular beach is located on the western side of the Cape of Grambousa has been voted in the past as the best beach in Crete and one of the ten best beaches in Europe. It spans a vast area and is split into five parts, the most popular of which is known as the “Big Beach”. Falassarna’s beauty lies in its fine white sand. This gives the water a turquoise appearance which feels like one is swimming in a tropical paradise. The smaller beach contains a fantastic beach bar which is situated in a higher place overlooking the beach giving the impression of an unlimited blue horizon. It is a great place to marvel at the sunset. 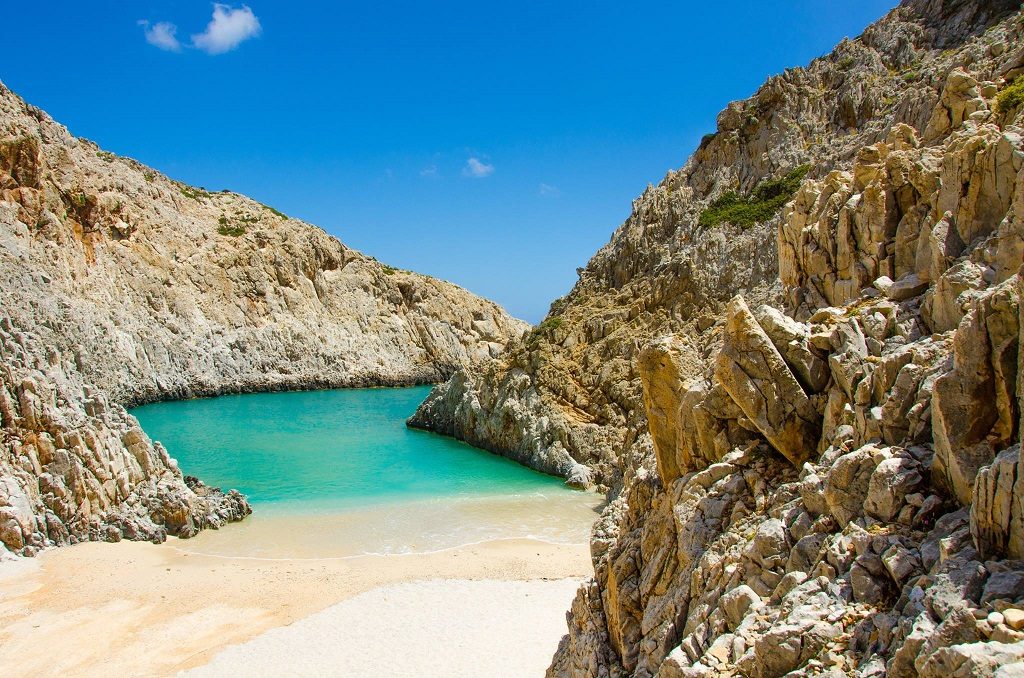 An obscure beach but known as a hidden gem among locals, it is located on the Akrotiri peninsula near the village of Chordaki. It is a narrow cove ideal for swimming, scuba diving and snorkeling. Although the beach is slightly hard to access (via a rugged path) it is well worth visiting it. It is shielded from waves due to its location but is an excellent choice due to its slight isolation.

The beaches in and surrounding this fishing village are a must see for visitors to Chania. Lined with pebbles instead of sand, a phenomenon typical of the southern coast beaches of the the island, Paleochora is sure to be memorable. The water is crystal clear and slightly colder than the northern coast of the island. Its royal blue color is set against a mountainous, rugged landscape. Paleochora is a great getaway because it also includes many great fish taverns and coffee shops. 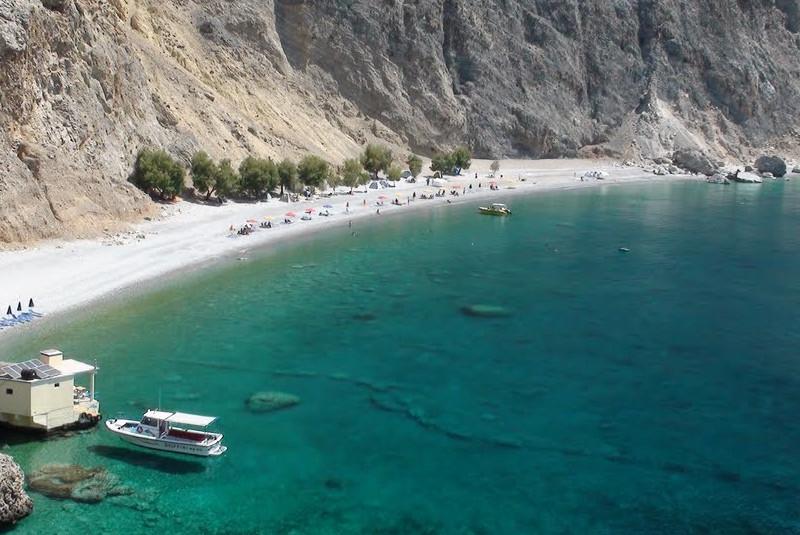 Sfakia-one of the most traditional areas in Crete and one which maintains its original style and aura, Sfakia contains many wonderful beaches such as Ilingas, Glyka Nera, Frangokastelo and Loutro. Located in the rocky, southern part of the island, Sfakia features a kilometers-long pristine coastline much of which is accessible only by boat. 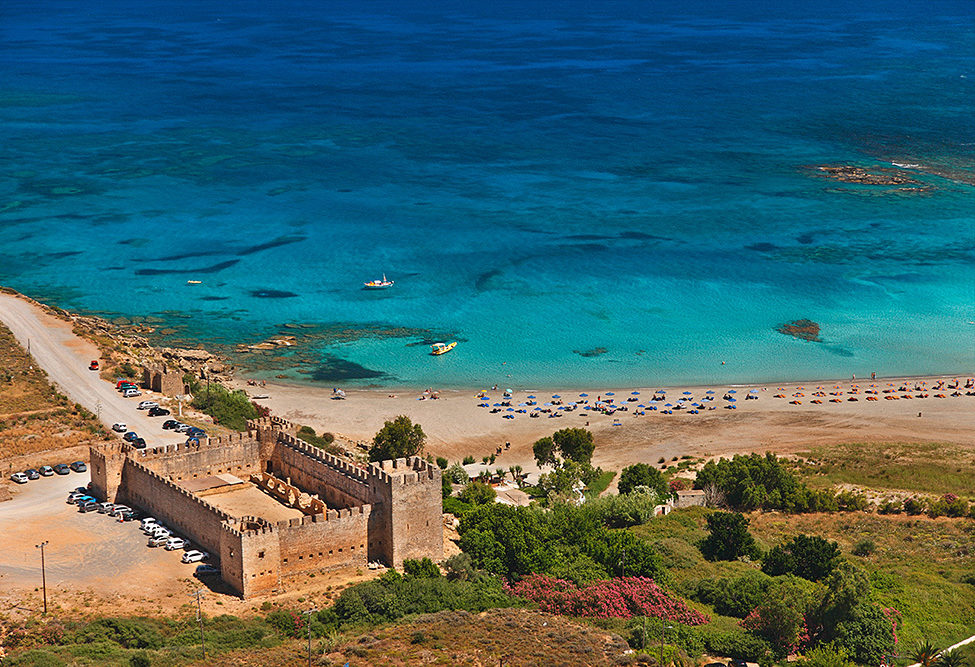 Frangokastelo is notable for its 14th century castle which is located a few meters from the beach and visible as you swim!