Crete, the biggest island of Greece is a charming place where visitors can enjoy their trip in the way they have imagined it. Chania is well known for its natural beauty and historical sites and we can arrange excursions to a variety of destinations for our guests. 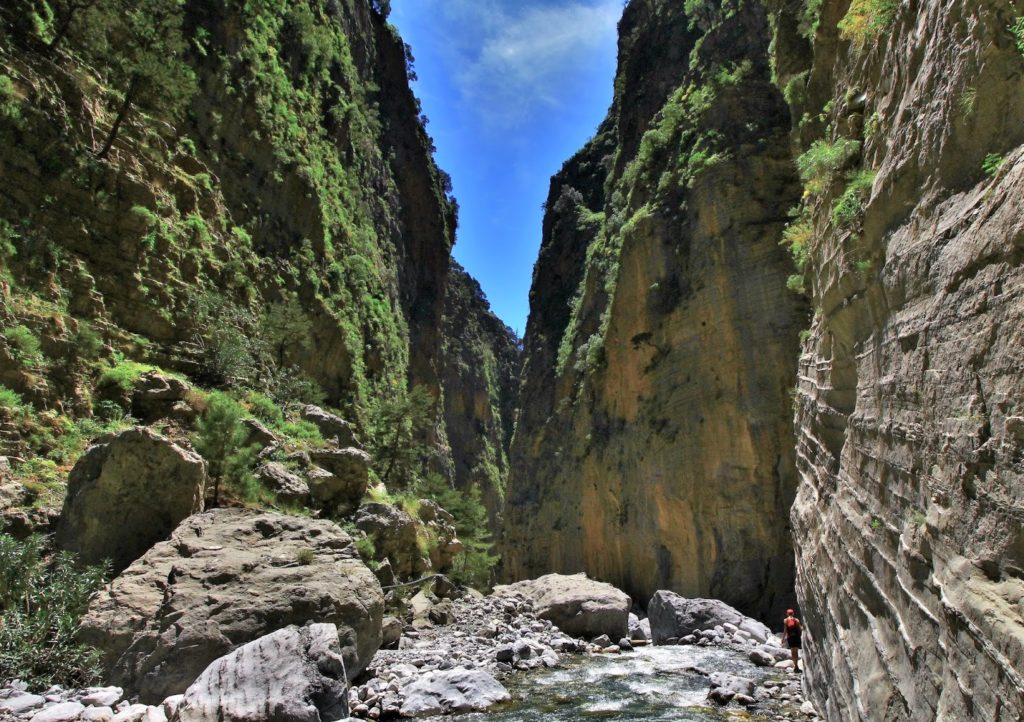 The gorge is a major attraction for visitors to Crete. It is a national park and designated as a World Biosphere Reserve by UNESCO. It is home to a rare wild goat species the “Kri Kri” and to various wild herbs and flowers. The long rugged path ends in the fishing village of Agia Roumeli where visitors cool off with a dip in the refreshing waters of the Libyan Sea.

Also crete is an island that can offer many a thrill to action-loving travellers by the sea or on the mountain. Hike through its ravines, enjoy your off-road rides in the mainland, follow the trekking routes – the landscapes crossed by the E4 European trail are amazing.

The archaeological site of Aptera, which was the most powerful city of western Crete during Minoan times, is located 15 km from the city of Chania, Crete, just south of Souda Bay, on a hill above the national road which connects Chania with the city of Rethymnon. The findings of the archaeological excavations that still coming to light, fill the history puzzle of this ancient city. They give details about the settlement’s composition, the city’s architecture, the religion and habits of Apterean residents who were keen archers. 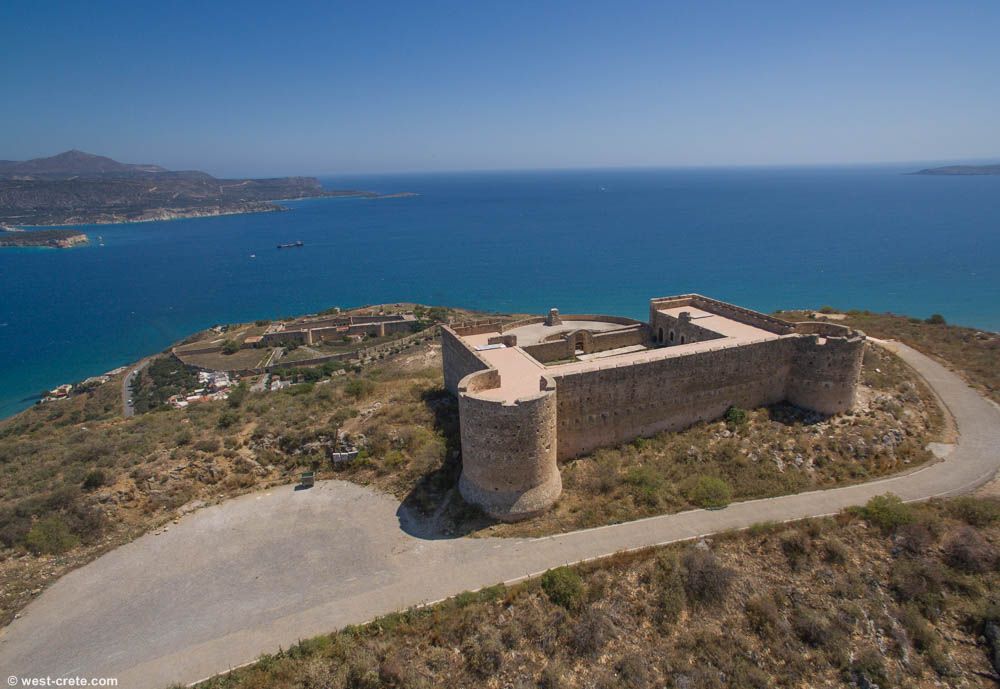 Learn the history of the most important and the most commercial ancient city- state of western Crete, as mentioned in the historical scrapbook issued by the 25th Ephorate of Prehistory and Classical Antiquities.  At the archaeological site, you will be able to admire findings of all periods of inhabitation of this City-State, everything that could not be transferred to the Archaeological Museum of Chania. 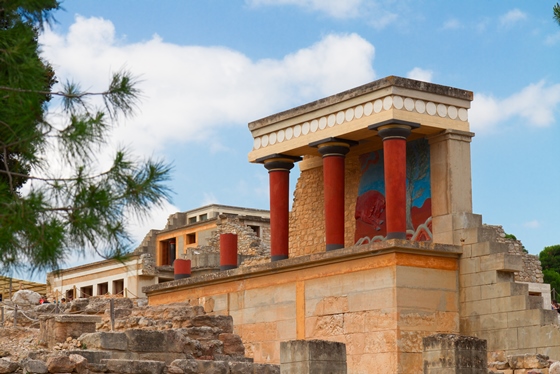 The Minoan Palace is a heritage of the earliest European civilization. The Minoans built numerous palaces on the island of Crete from where they maintained their trading empire.

This palace is among the most well known and displays many features which distinguished the Minoans as an advanced civilization including working plumbing, air conditioning systems, public courtyards and sporting events. 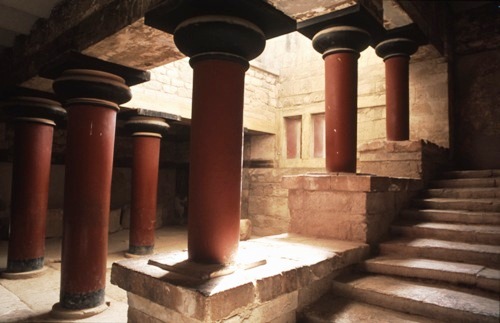 The first person, who conducted a systematic excavation at Knossos in 1878, was the lover of antiquity Minos Kalokerinos. However, luck was on the Sir Arthur Evans‘ side, the Englishman who first came to Knossos in 1894 and discovered the palace.

The excavation works commenced shortly after Crete’s independence in 1900 and continued with several interruptions for 35 years, by Evans personally and his associates.

Gavdos is the southernmost island of Europe. It is a very small island of only 30 square kilometers. It is located 32 nautical miles from Paleochora Chania, 22 from Sfakia and 170 from Tobruk, Libya. There are only a small number of year-round residents of Gavdos and the available services for tourists are only basic. In reality, fewer than 50 people live permanently on the island. During the summer, the total population on the island can reach over 3,500 people, most of whom are campers and tourists.

Karave is the port of Gavdos and Kastri is the capital. Vatsiana is the southernmost inhabited village, with the total population measured as 23 people. Gavdos has exceptional beaches. Karave, Korfos, Lakkoudi, Tripiti, Bo, Fetife, Sarakiniko , Agiannis, Lavrakas, Pirgos and Potamos are some of them. Besides, it is not a coincidence the fact that the Discovery Channel had declared Agiannis as the second best beach in the world! Kastri, Xenaki, Vatsiana, Ambelos, are only some of the most picturesque villages of Gavdos. 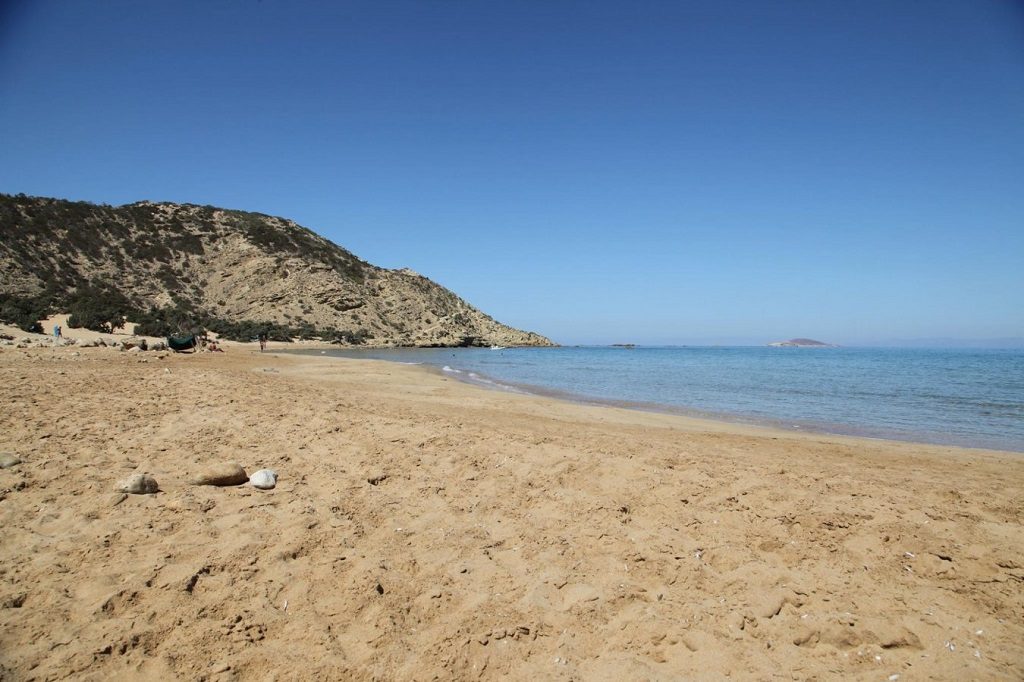 There is an islet called Gavdopoula to the northwest of Gavdos. Both Gavdos and Gavdopoula are important stops for migrating birds, during their long journey from Africa to Europe and vice versa, as well as a nature reserve for two endangered species: the Mediterranean monk seal (Monachus monachus) and the sea turtle (Caretta caretta).

Gavdos is surrounded by pine trees, cedars and lentisks coming up to the sea, while heathers, thymus and savory secrete beautiful, almost intoxicating, aromas. It is not a coincidence the fact that Gavdos joined the Natura 2000 program, through which numerous pathways are recommended as the ideal choice for enchanting tours.

You can find beach Loutro in the homonymous village which is located 71 km south of Chania and towards Sfakia at the end of Cape of Mouri. The beach in Loutro has large white pebbles and crystal blue waters. It offers umbrellas and sun beds. The shops of the village are situated very close and will offer you anything you may need, coffee, Cretan delicacies and raki!

In this picturesque fishing village there are no cars, so it is the right place for those who want to get lazy, enjoy the beach in Loutro and relax. Whatever you need, you will find it within 50 meters! In Loutro you can get a canoe at sea and dare to go to the nearby beach of Glika Nera. From the beach in Loutro you can follow the path to Anopoli and enjoy the view from Saint Catherine.

Walk up to Finikas, a very small beach, or even further west to the beach Marmara, where the gorge of Aradaina ends.
Ships connect daily Loutro with Chora of Sfakia, Agia Roumeli, Paleochora and Gavdos. 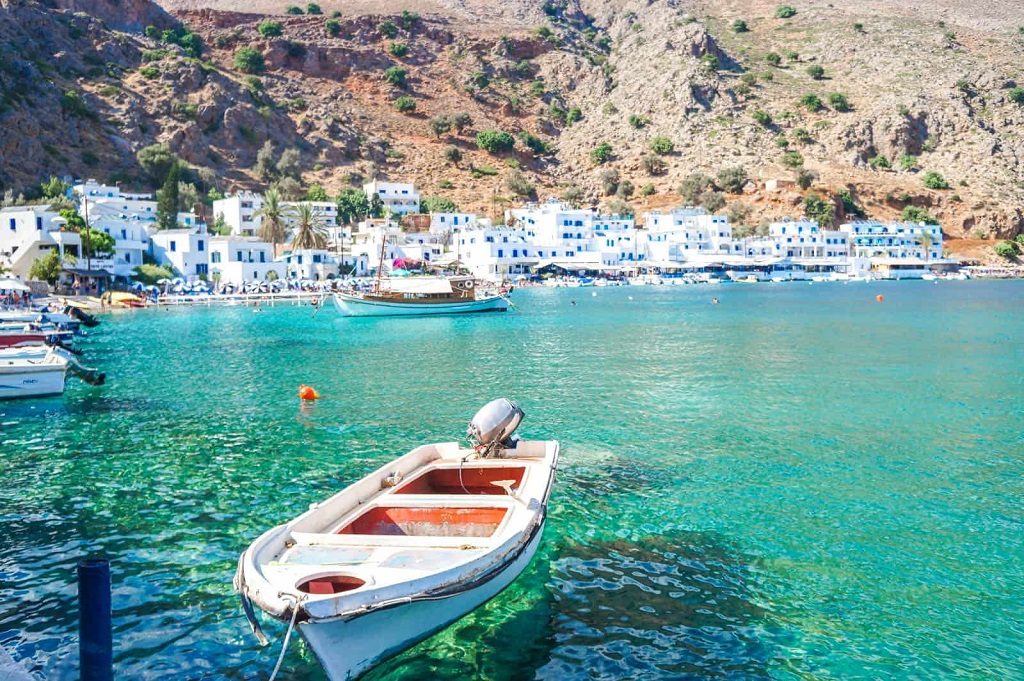